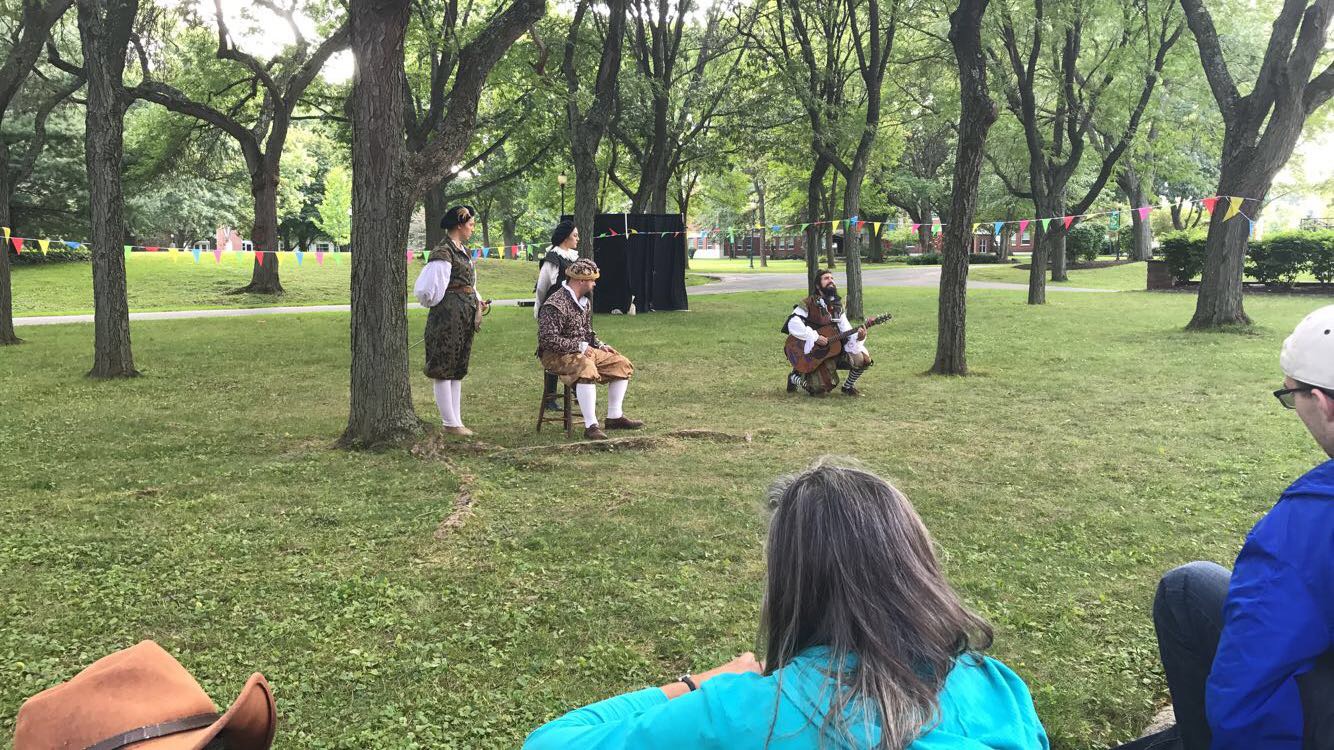 I hope everyone has had a great first week of classes and is getting into the swing of things! While the first week is a busy time for all of us, I hope you were able to make it to one of the two performances of Will Kempe’s Twelfth Night or What You Will this past weekend. If not, I will recap what you missed!

Long before the performances on Saturday and Sunday, the players hosted a workshop for all Siena students to participate in on Friday from 5pm-7pm. They offered workshops in clowning, stage combat, among other things.

On both Saturday and Sunday, the players came out to Roger Bacon from 2pm-4pm and performed as the audience sat on the steps. It was a really cool experience to watch the play in the outdoors just as Shakespeare’s plays were meant to be performed.

One thing I enjoyed about the play was that while they stayed as true to the original as possible, they also incorporated some fun additions to keep the audience entertained. One thing they added was a musical component. Before the play, the Jester came out and introduced the audience to what would be happening, things for us to know, etc. Then the rest of the cast joined him and they sang for us some of the songs they would be performing throughout the play. They encouraged us to sing along with them. At first the audience was a bit hesitant but by the end people enjoyed singing along.

Another thing that was really great about Twelfth Night was that there were multiple alumni who starred in the play. It was nice to see alumni back on campus and involved. The people involved in the play were very talented and clearly experienced. Not only were they excellent actors but they were all talented singers as well. The actors who played the Jester and Maria stole the show in my opinion.

I want to thank The Creative Arts Department’s Theatre Program for sponsoring this event. I also want to encourage others to go and see other performances this semester that are put on by Stage III and The Creative Arts department. Often you can get event credit for First Year Seminar or other classes you need event credit for. Either way they are a lot of fun to go to!

Have a great second week back!