On the afternoon of Monday, October 28th, Siena’s School of Liberal Arts hosted its annual Faculty Research Symposium. The event serves as a celebration of faculty members’ accomplishments post their return from sabbatical. Sharing one of her stories, “Housekeeping”, from a collection of short stories she recently completed, titled “Lost or Damaged”, was Associate Professor of English, Karin Lin-Greenburg

Before sharing her work with the audience, Professor Lin-Greenburg provided background on how her surroundings have influenced her writing. She explained that, in her recent collection, all of the short stories take place in the Capital Region as she has lived here since she began teaching at Siena in 2012. “One of the things that has been great for me with my job at Siena is that is has allowed me to settle down in one place and to use that place as the setting for my stories” she expressed.

Besides geographically, the stories in her collection are connected through “acts of unkindness”, as Professor Lin-Greenburg put it, and focus often on conflicts between women. “In the stories, I try to show the motivations for the characters’ actions” she stated in discussing how she hopes listeners can perceive problematic characters as sometimes sympathetic or rounded. The stories in the collection combine lost or damaged characters (hence the title) with a sense of humor to better understand the heavy topics.

I won’t give any spoilers, but once Professor Lin-Greenburg began reading “Housekeeping”, it was clear to see that the main character was a perfect example of the noted “problematic-yet-sympathetic” character. The story focuses on two sisters living in upstate New York whose modest lives get turned upside down after the suicide of a celebrity in their small town. The younger sister is extremely bright but tends to also be pessimistic and critical of her legal guardian/ older sister. The older sister continuously sacrifices her own wants and needs to meet those of her little sister.

Professor Lin-Greenburg decided to share “Housekeeping” to read not only because it was the first story she wrote while on sabbatical, but also because it was recently accepted by The Southern Review. The literary journal has been a favorite of Professor Lin-Greenburg’s for over a decade and after hearing many “no”’s from them in the past, she was excited to finally hear a “yes”.

Once Professor Lin-Greenburg had finished reading “Housekeeping”, she was met with the applause of the audience. After attendees had their apple cider and cider donuts (perfect for the story’s upstate NY setting) on their way out, the Faculty Research Symposium came to an end. If you are interested in other upcoming SOLA events, be sure to check out this week’s Greyfriar Living Literature Series featuring fiction author Jaimee Wriston Colbert. Visit our Facebook page, @sienalibarts, for more info!

As an English major, I am constantly asked what my plans are after graduation. The general response I get? “Good luck finding a job!” “What do you expect to do with that?” “Why didn’t you pick a real major?” In my experience, people frequently dismiss a liberal arts degree as unnecessary, even useless. If I had a dollar for every time someone dismissed my field of study, I could make a good dent in paying off my student loans. However, these negative attitudes towards liberal arts degrees are proven largely invalid.

An article in CBS News by Aimee Picchi emphasizes the growing importance of a liberal arts degree in the eyes of employers. College students are widely unemployed, but in an underemployment rate of various majors, English majors are nowhere near the bottom at 29%, and compared with business majors at 31%.

Picchi’s article suggests English majors and liberal arts students might have a better chance finding a job post-graduation than business or biology majors. Though popular majors are expected to perform well in the labor force, this isn’t always the outcome. Majors like business, legal studies, and social services professions are dubbed “problematic majors” by the article because they are expected to land graduates jobs. They similarly “comprise 4 in 10 bachelor’s degrees handed out by U.S. colleges” (Picchi).

Picchi explains that the main issue with these “problematic majors” is that they are preparing students for specific fields, rather than providing them with the skills to make them a “job ready adult.” Students will graduate without the necessary hard and soft skills needed for employment, making them not fully ready to enter the workforce. Picchi explains, “That’s not to say that business majors can’t find good job opportunities after graduation. But the key is focusing on developing skills that will help them stand out when they go on the job market.” 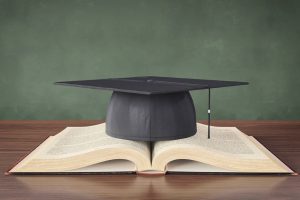 Liberal arts degrees, though unfairly considered invaluable, teach a broad range of useful skills that are adaptable to many career fields. The applications of communication skills, reading comprehension, and analytical abilities are endless. It can be frustrating to have your degree dismissed, but studies like this prove the value of a liberal arts degree. So when someone critiques your choice of major, remember that every major has value!