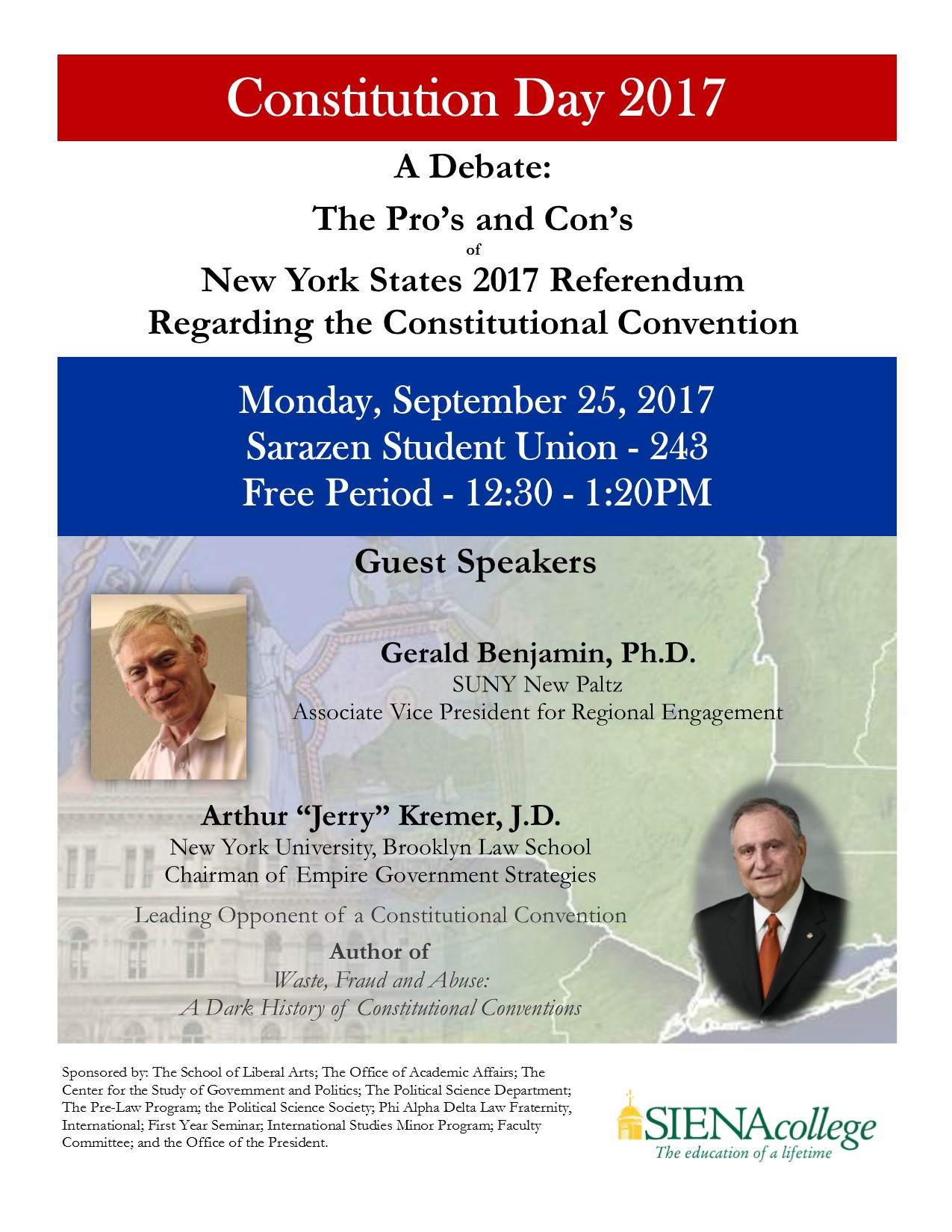 This past Tuesday we had a really awesome event on campus! This event was Constitution Day, an event that is hosted annually. The theme of this Constitution Day was New York State’s 2017 Referendum regarding the Constitutional Convention. If you aren’t aware of what this means, let me explain it a bit:

The speakers who debated this issue of whether or not to hold a convention were Gerald Benjamin and Jerry Kremer. Gerald is for holding a convention whereas Jerry is opposed to it.

He understands that it is difficult that the proposal is on the back of the ballot and that people don’t like to vote on propositions, but he believes it is important that there is some democratic accountability.

Another thing that frustrated Jerry was the fact that people who are pro-referendum have had twenty years to fight for voting yes on having one but have only recently been advocating the idea. Now that there is 45 days until the vote he feels as if people want a referendum just to have one, not because they actually have changes in mind.

All in all, the debate was very interesting and it opened my eyes to something I didn’t even know about. I think it’s important to attend events on campus that don’t necessarily interest you right off the bat because you may find out that after going to the event that it is actually interesting after all!