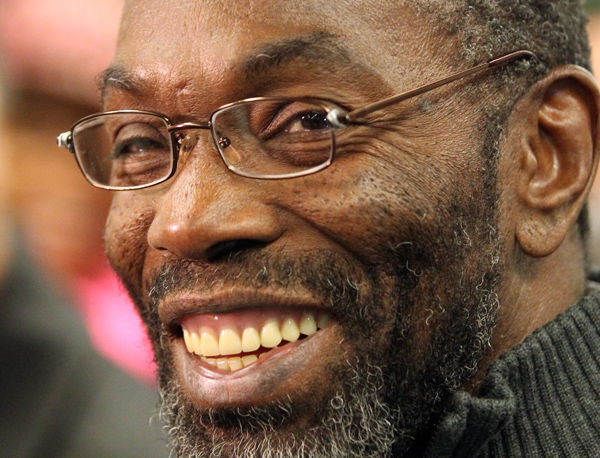 Tonight, I was able to attend one of the most inspiring and fascinating events that I have been to this semester.  I had the privilege of attending a talk entitled “A Life of Innocence and Travesty of Justice” give by none other than Ricky Jackson.  When he was only eighteen years old, Ricky Jackson, along with two of his friends, were kidnapped, taken downtown, and accused of a crime that they knew nothing about.  The police had no physical evidence or witnesses to base their investigation off of and their only testimony came from a thirteen year old boy

Mr. Jackson was released on November 21, 2014 after thirty nine years in prison and two and a half years on death row.  he spent day after day behind a cell, wondering if he was going to die and whether anyone would ever believe his innocence.  When asked about how he survived each day, Mr. Jackson said he just didn’t know.  He said that each day was much different than the other.  He had his routine of course, but thirty nine years is a LONG time.  He focused on writing letters to those on the outside as much as possible and on his faith, which he began to rely on even more and more.

Mr. Jackson said many things in his speech that I viewed to be fascinating, but one captured my attention particularly.  The thought he kept running through his head over the course of the thirty nine years was that he was not a criminal.  He knew he had done nothing wrong and he refused to let being in jail turn him into a criminal.  To be in a situation such as this, with horrific things and terrifying criminals surrounding you, to be able to keep a level head like that is extremely inspiring.

Did you go to the event? What did you think? Let me know in the comments below!